Splintered massing is how builder Jon Atwood of Atwood Custom Homes describes the architectural layout of this house. “When you build a single-story house and you spread it out, you got masses that are splintered throughout,” Atwood explains. The home’s entryway is a 700-square-foot hall with large, 10-foot-tall windows overlooking the pool. On either side of the wide, atrium-style entry are what amount to wings — with the west wing containing the master and two additional bedrooms, and the east wing containing the kitchen and entertainment areas.

“That’s what I wanted to create,” Atwood says. “Was that open field, nothing closed in. Not your normal walk-in dining room on your left, study on your right, kitchen right ahead of you. We wanted to splinter it up a little bit.”

Despite being a single-story home bookended by a couple of two-story houses, the home is far from dwarfed — it still measures at 6,000 square feet with five bedrooms, seven baths, and two garages. While the lack of multiple stories is what will immediately stand out as the home’s key differentiator, other clever design elements make the home a unique addition to Fort Worth Magazine’s Dream Street. The wide footprint, which Atwood says was dictated by the shape of the lot, coupled with the natural wood entry doors and symmetrical lines throughout give the home a modern yet natural aesthetic that makes it stand out from the pack.

In addition, Atwood says the home’s design should attract those more interested in practical living.

“We chose to go the route of more timeless and comfortable living,” Atwood says. “I think most of the people coming through here are going to be the older people that say, ‘Hey, I could see myself living in this house.’ We didn’t go for gimmicky. We didn’t go for what’s new and faddish and what’s Las Vegas.”

The home, which was purchased before completion, also includes some additions from the owner that Atwood said greatly enhanced the livability of the house. These include a wood-fire grilling station that would make any barbecue connoisseur drool and a motorized pool cover.

“Being that we sold it early, I had a homeowner come in, and I showed him the ideas that I wanted to do,” Atwood says. “And then he kept one-upping me.” 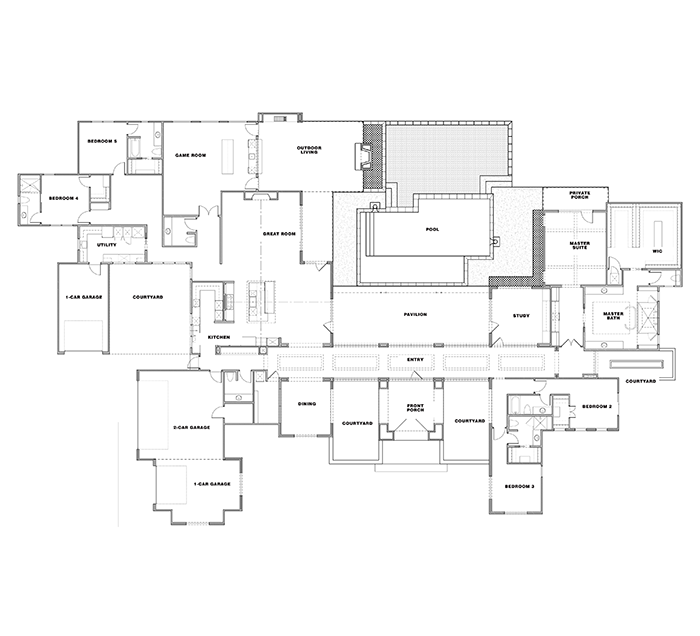 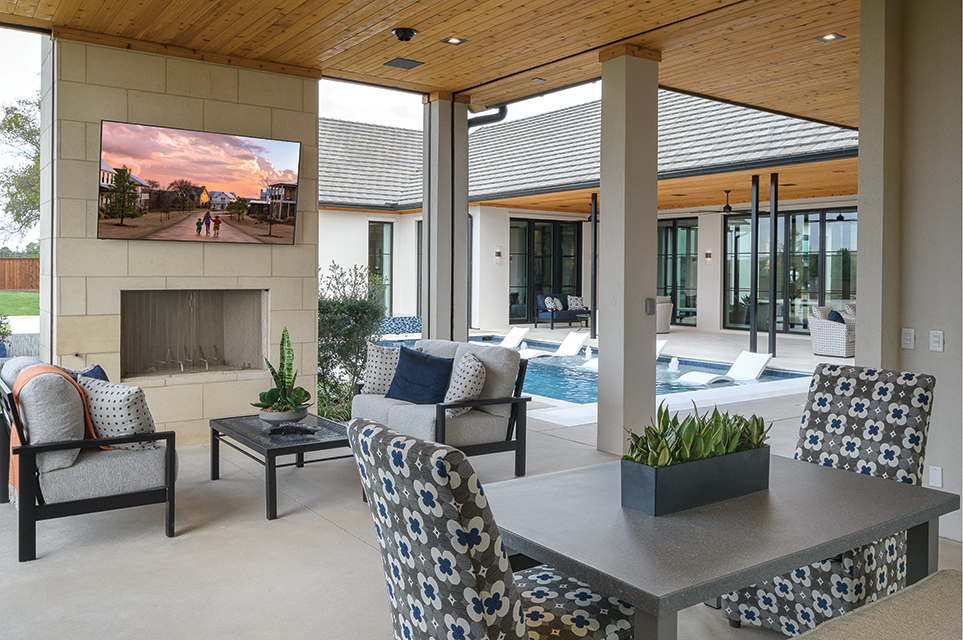 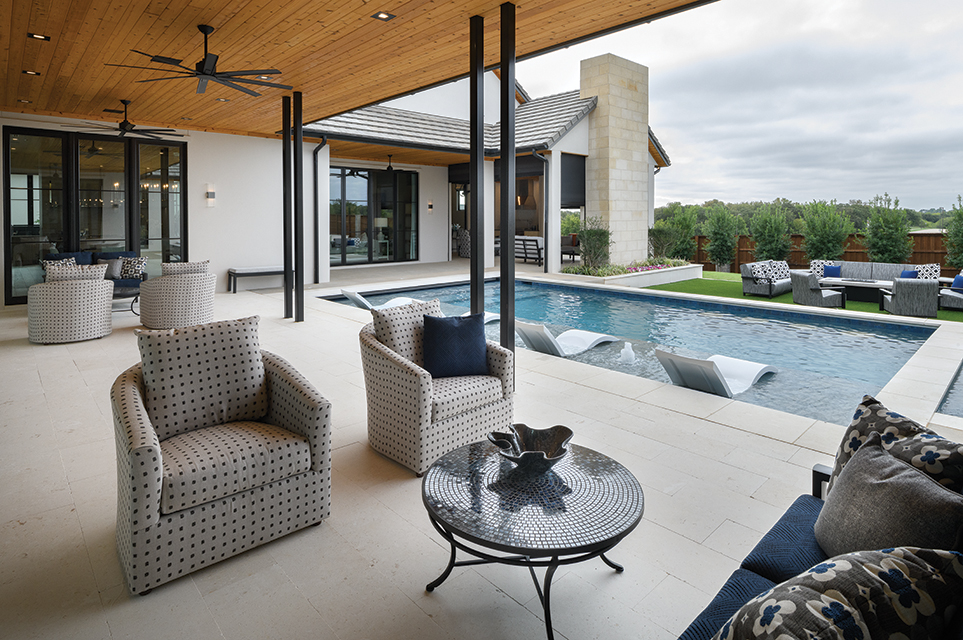 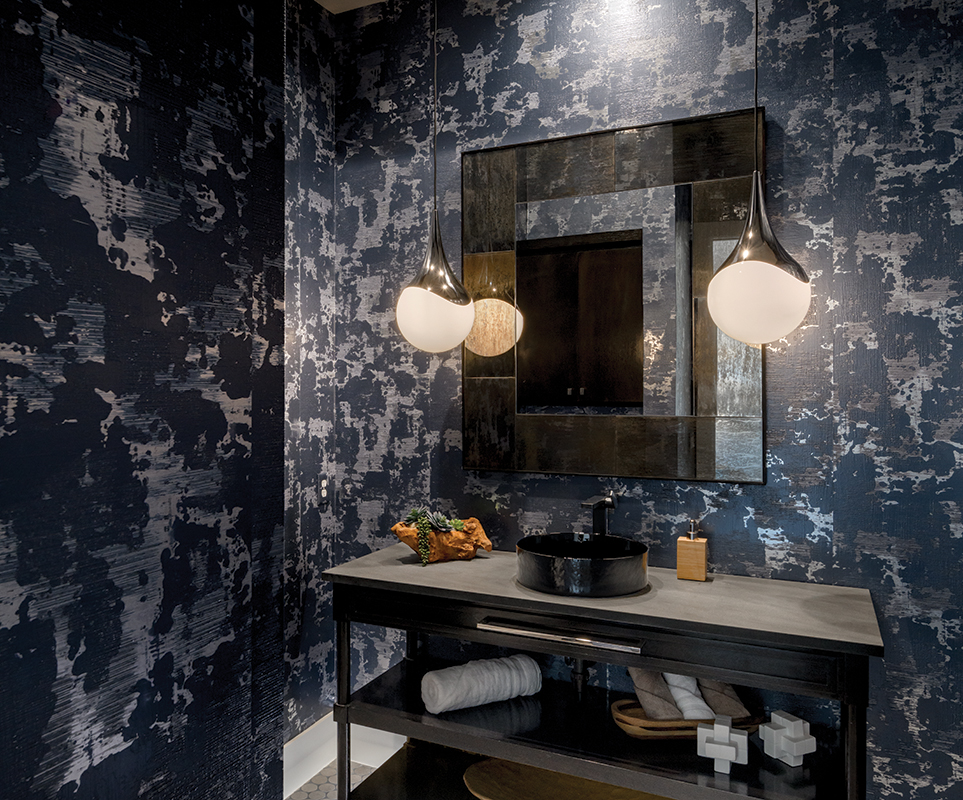 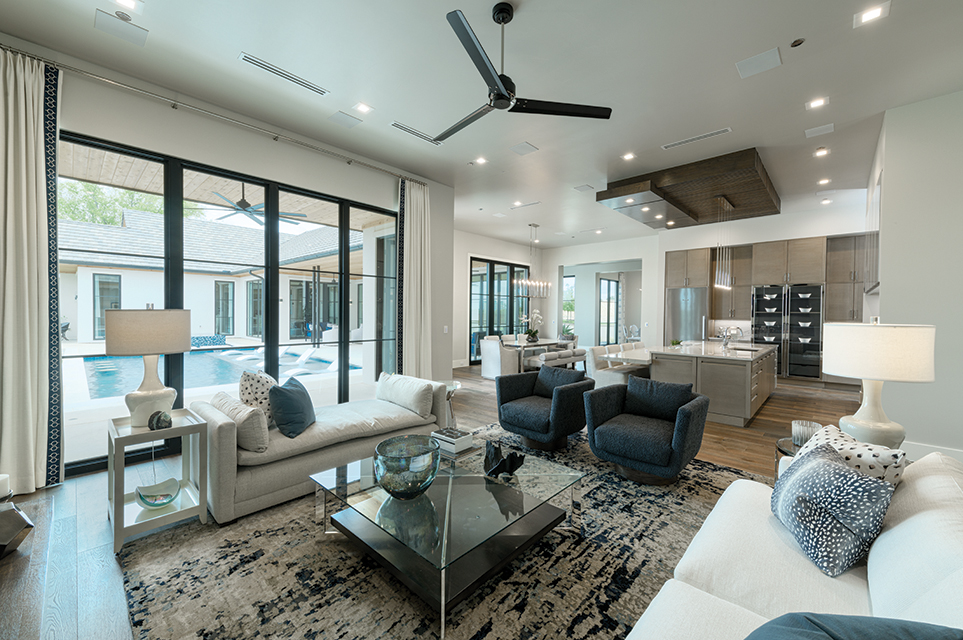 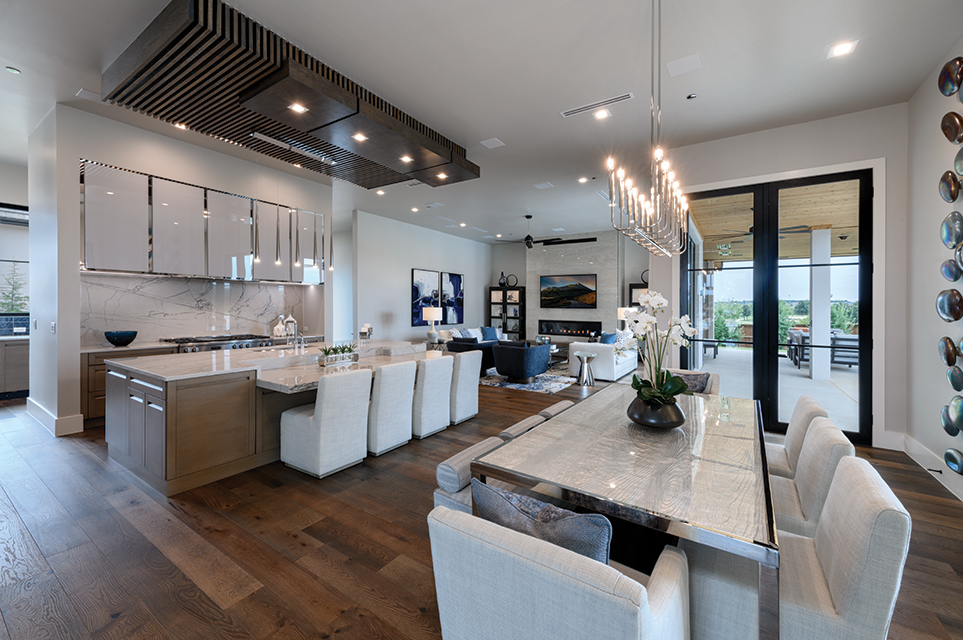 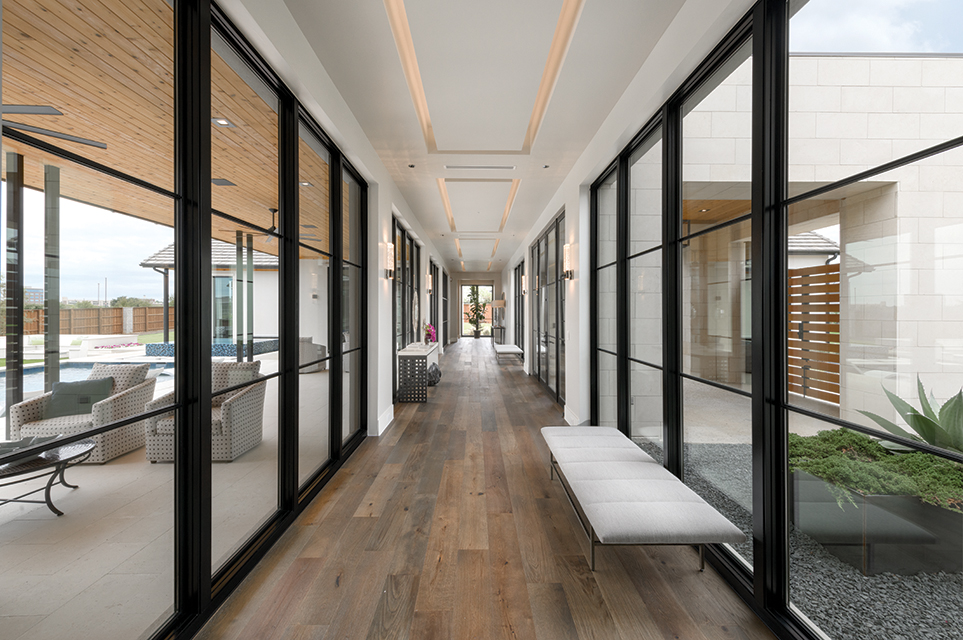 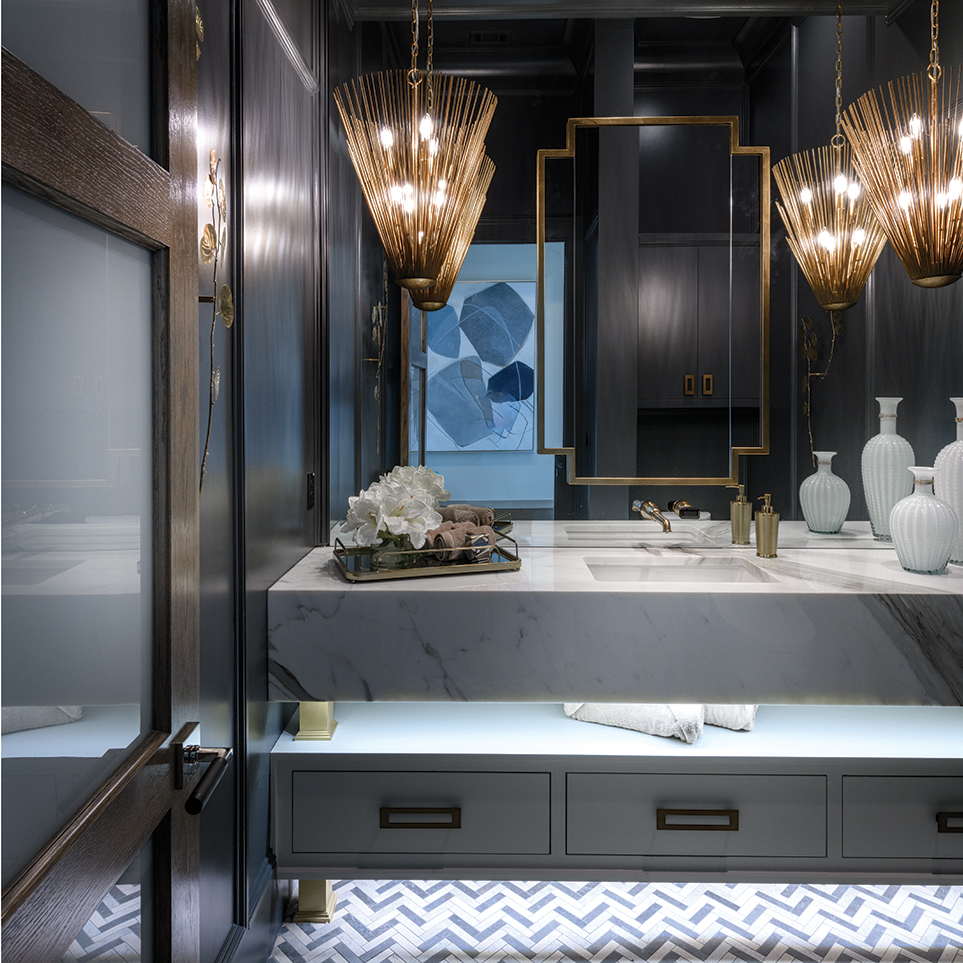 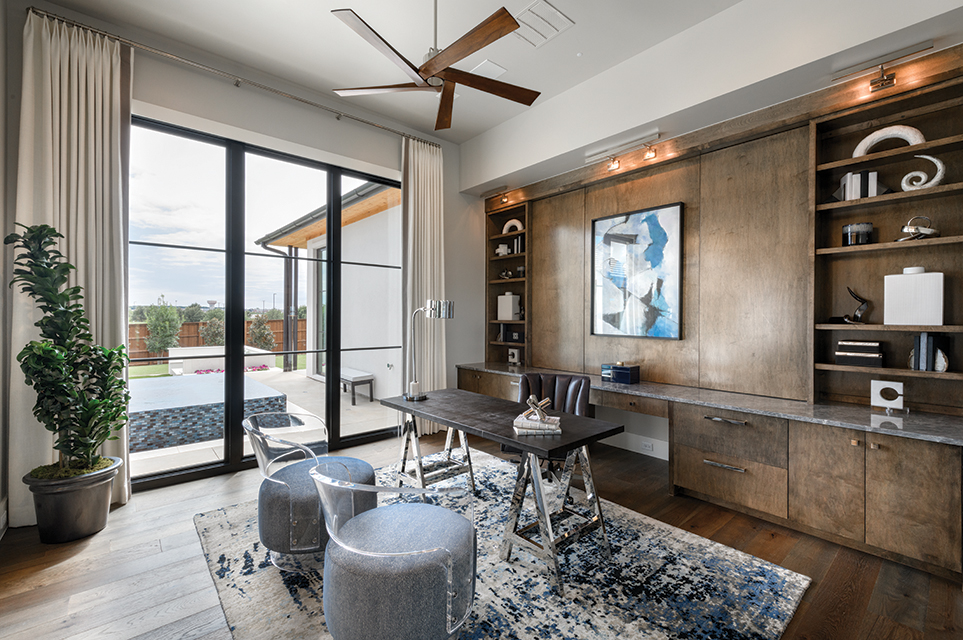 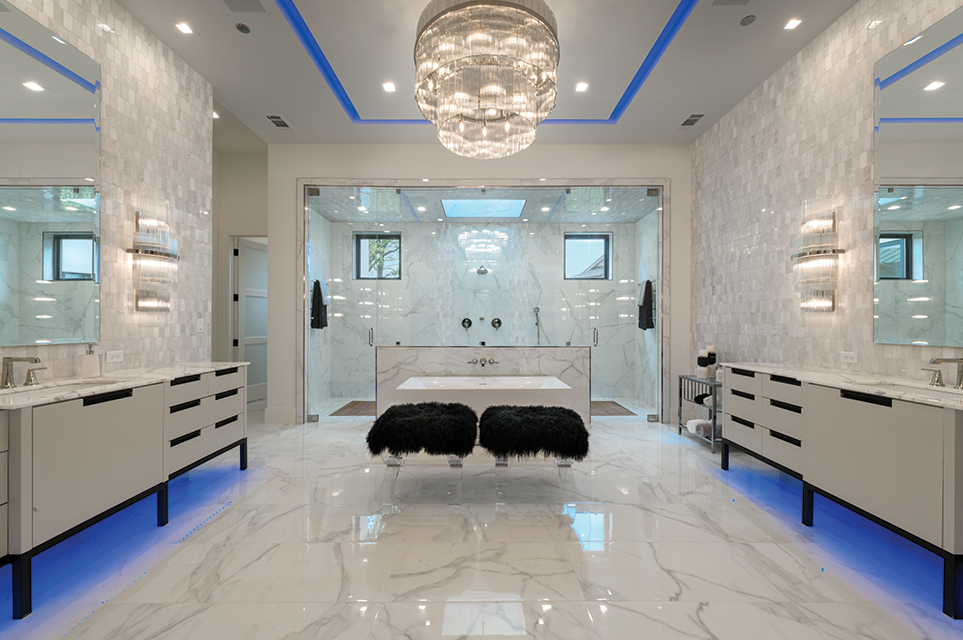 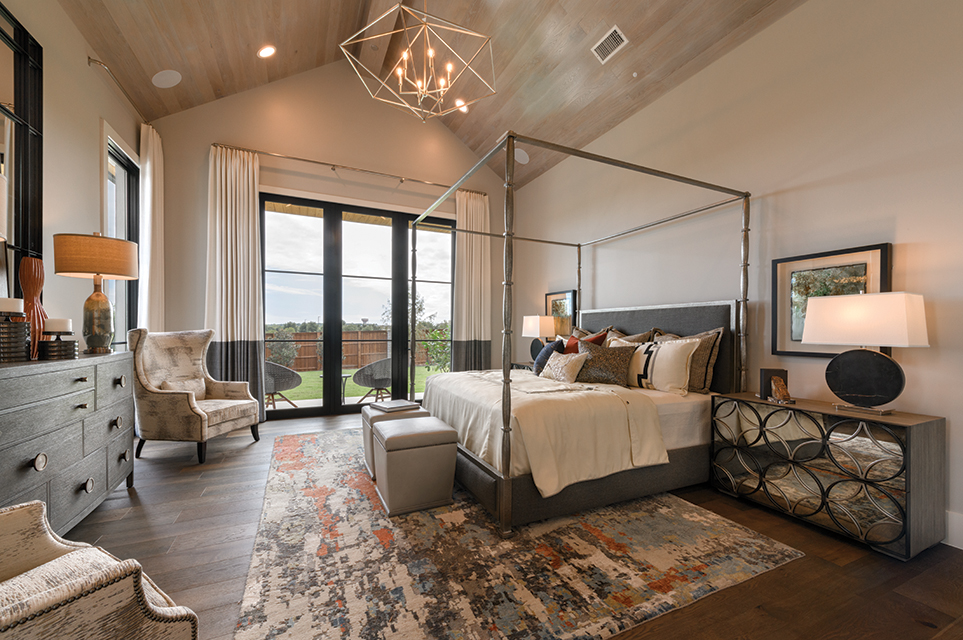 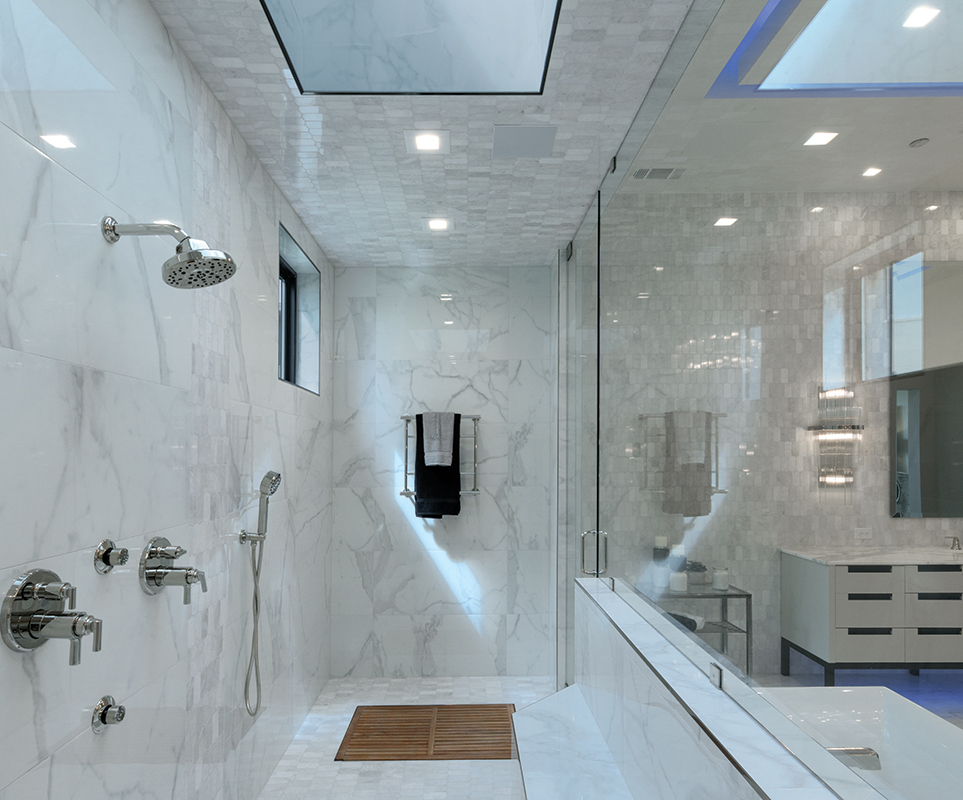 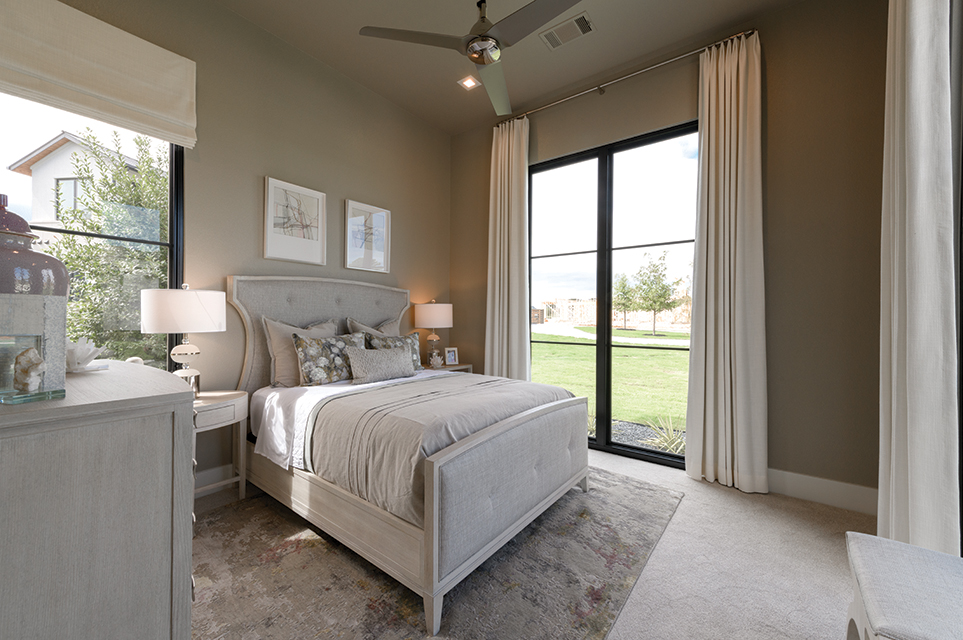